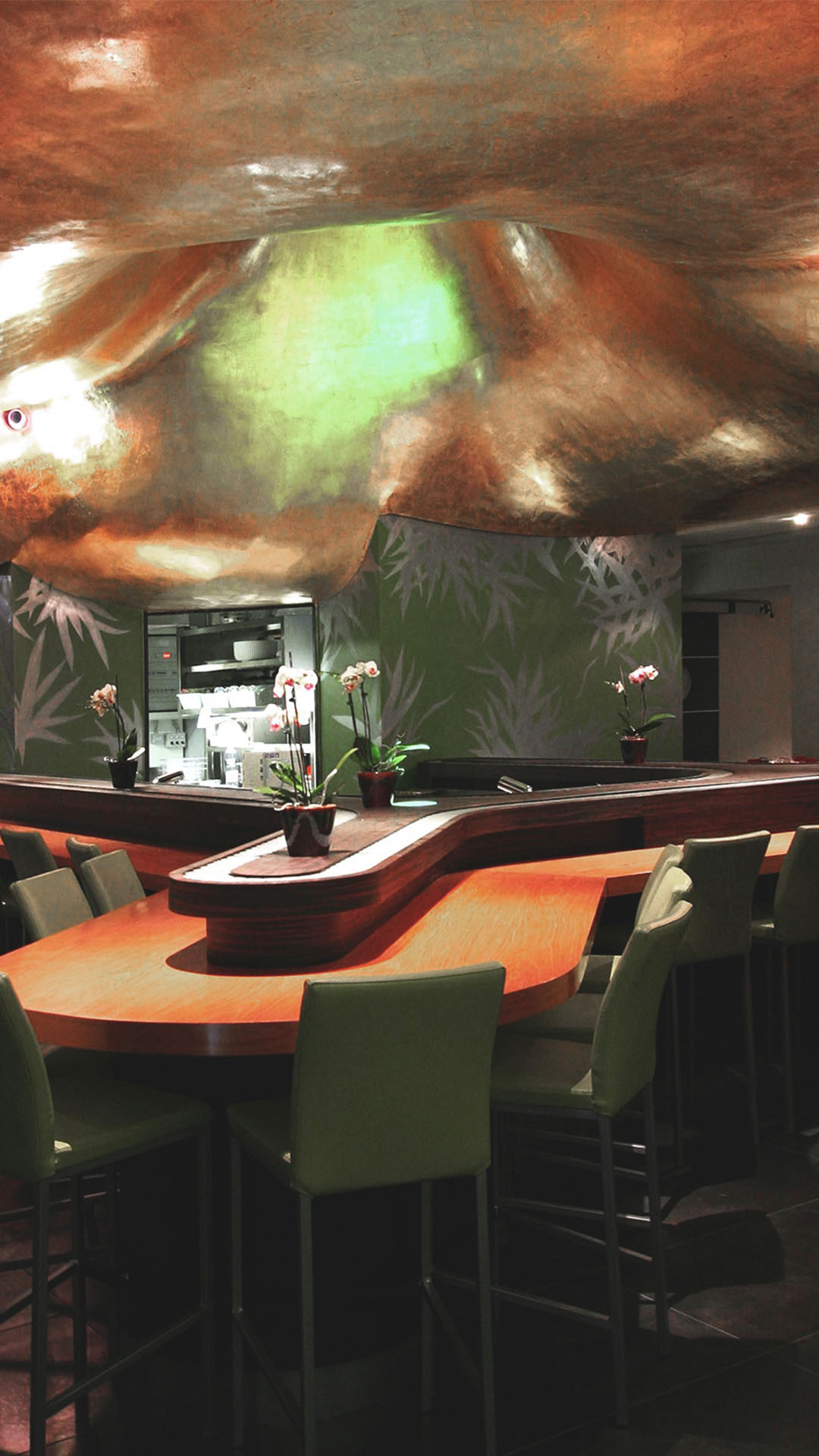 The project to insert the ethnic restaurant in a historic building along the route of the Roman amphitheatre near Santa Croce involved the consolidation of the vaults and arches facing the main street (Via de' Benci), and the reopening of the latter to restore the facade to its original state. A sinuous false ceiling on the ground floor becomes an element of reinterpretation of the interior space. A golden volcano crossing the "crater" suggests the presence of a more intimate room on the upper floor. The sinuosity of the ceiling gathers customers around the master chef and hint at the sensuality of the ritual of eating sushi. The gilding is the attractive element that winks at passers-by, but it is also a veiled reference to Japanese tradition to overcome the stereotype of the ethnic restaurant. On the upper floor, the roles of customer and chef are blurred thanks to the small tables equipped with grills. The basement level - characterised by large cross vaults - has been the subject of a discreet and respectful intervention which restores this space to its original image.