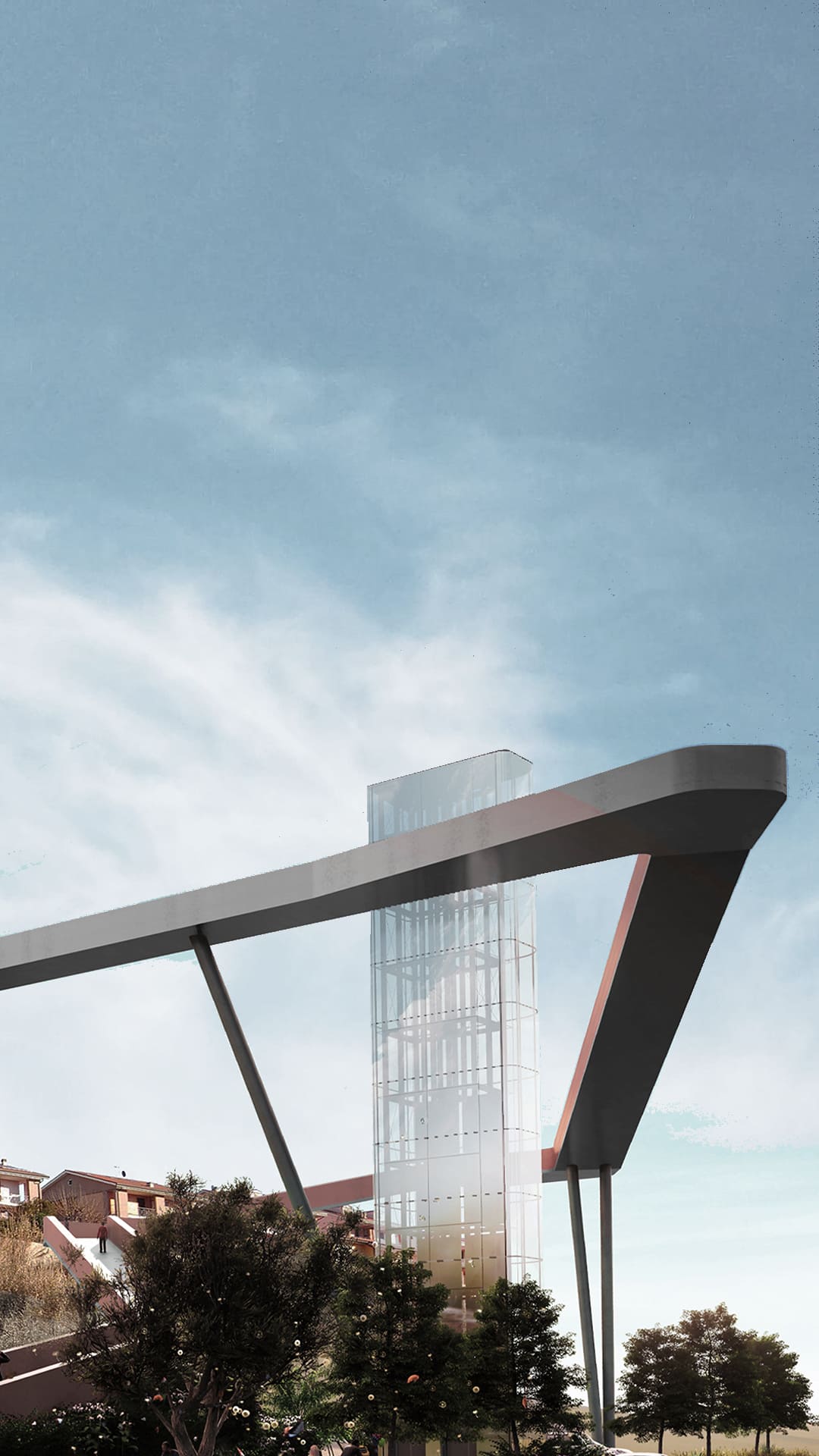 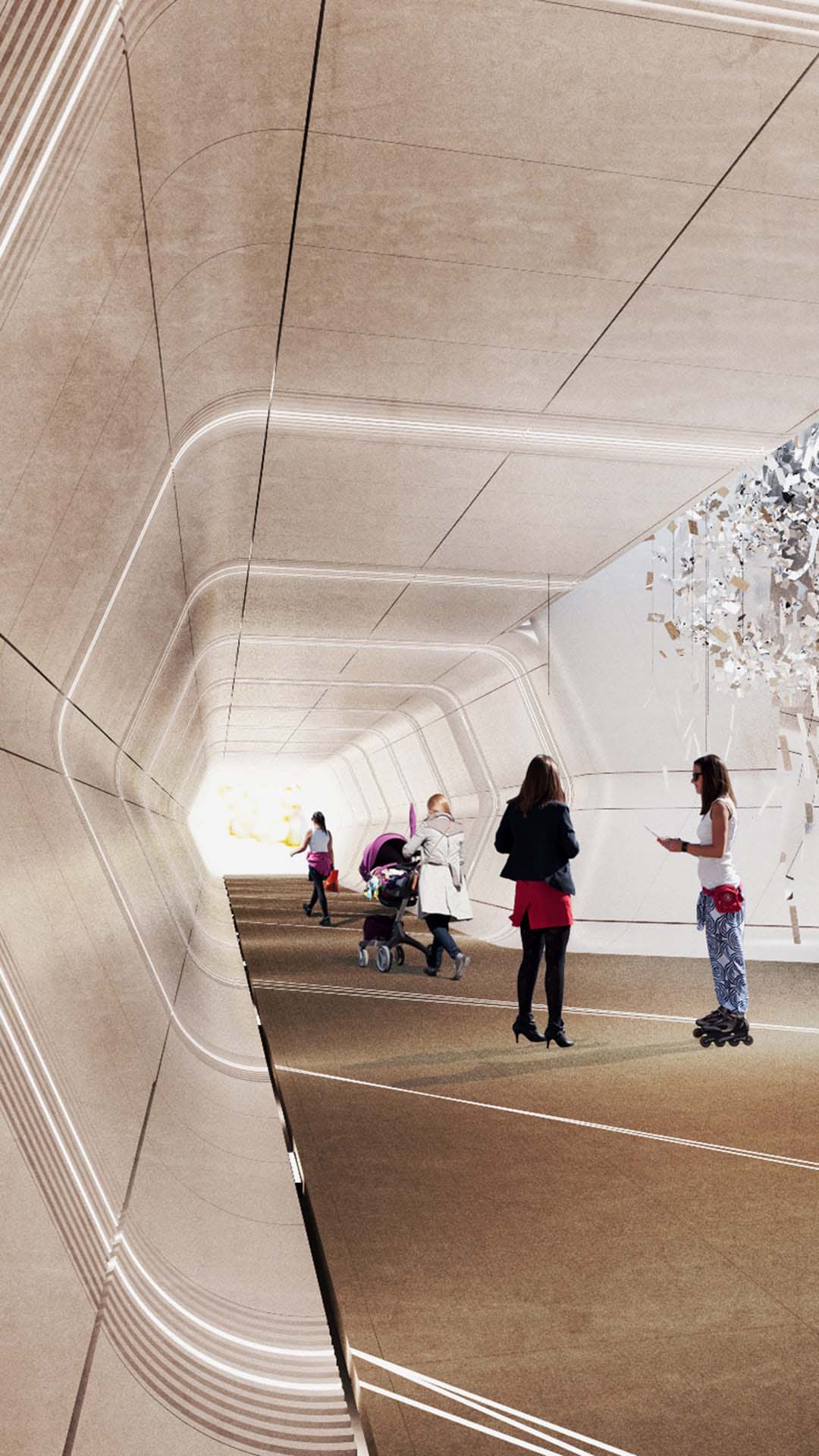 The new footpath - designed as a means of communication between the Old Town and the services downstream - was conceived in continuity with the footbridge currently being completed. The architectural language is similar to the first footbridge, changing along the way and adapting to the territory. The first, linear section connects the current landing in Via VIII Marzo to a vertical link which, through two stops, allows access to Via Bellincioni and/or to continue the route through the underground section. Internally, the connection - characterised by a hexagonal section (just like the previous footbridge) - develops linearly with the exception of a few openings to improve the flow and to house possible works of art, thematising the entire section. At the end of the underground section we arrive at a section of metal footbridge covered by a hexagonal system, where we find access on both sides coming from Via Leonardo da Vinci. Continuing along the route, the overhead metal walkway reaches the high vertical connection, consisting of two lifts suitable for lifting people and electric cars. The footbridge ends with a helical ramp, which integrates into the park until it reaches the cycle path where an underground bypass will be built to reach the Municipal Stadium and all other services downstream.