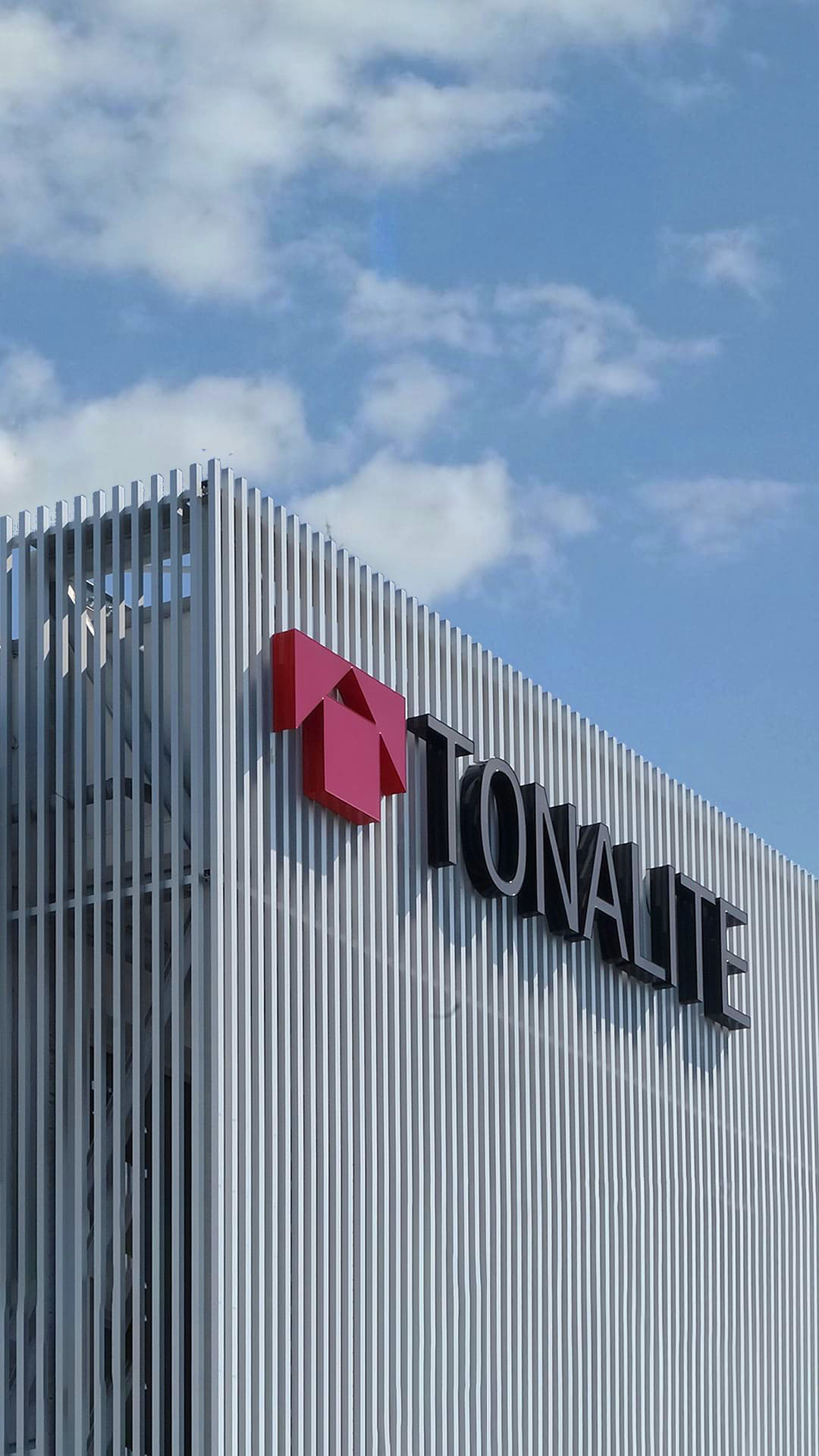 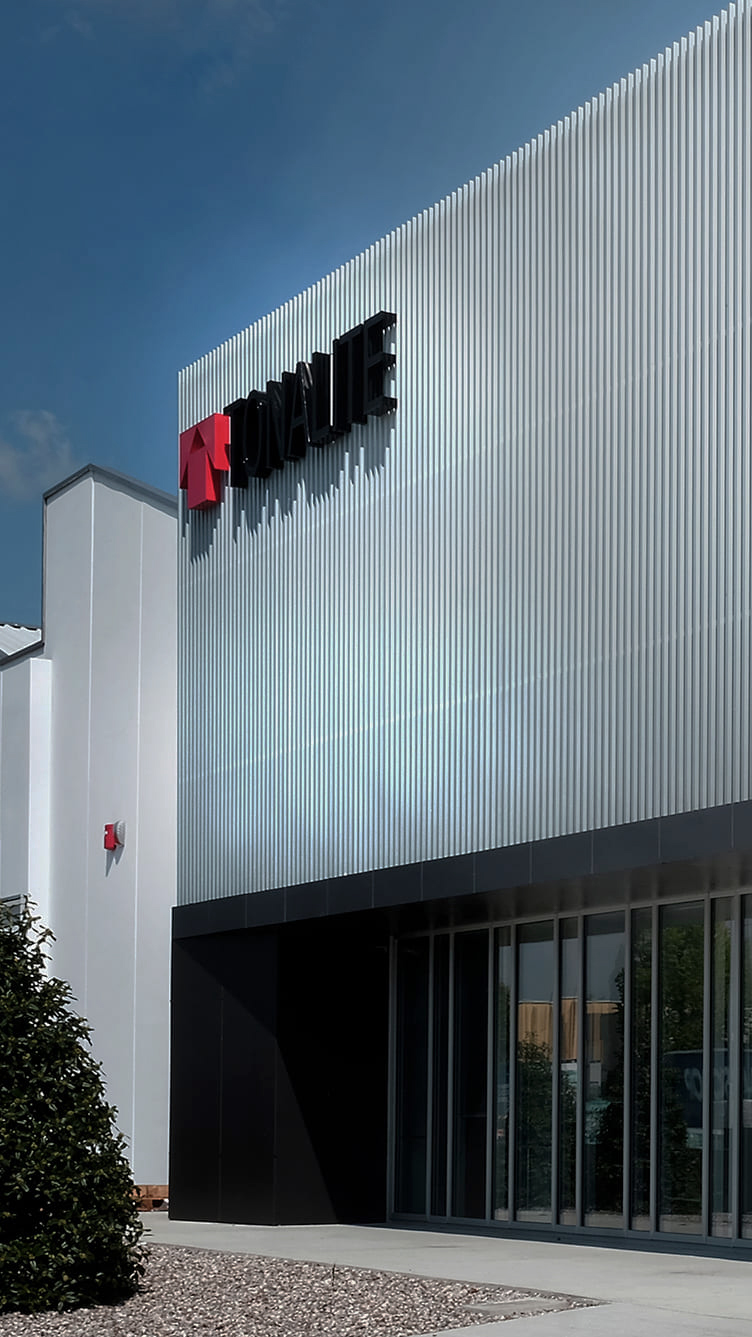 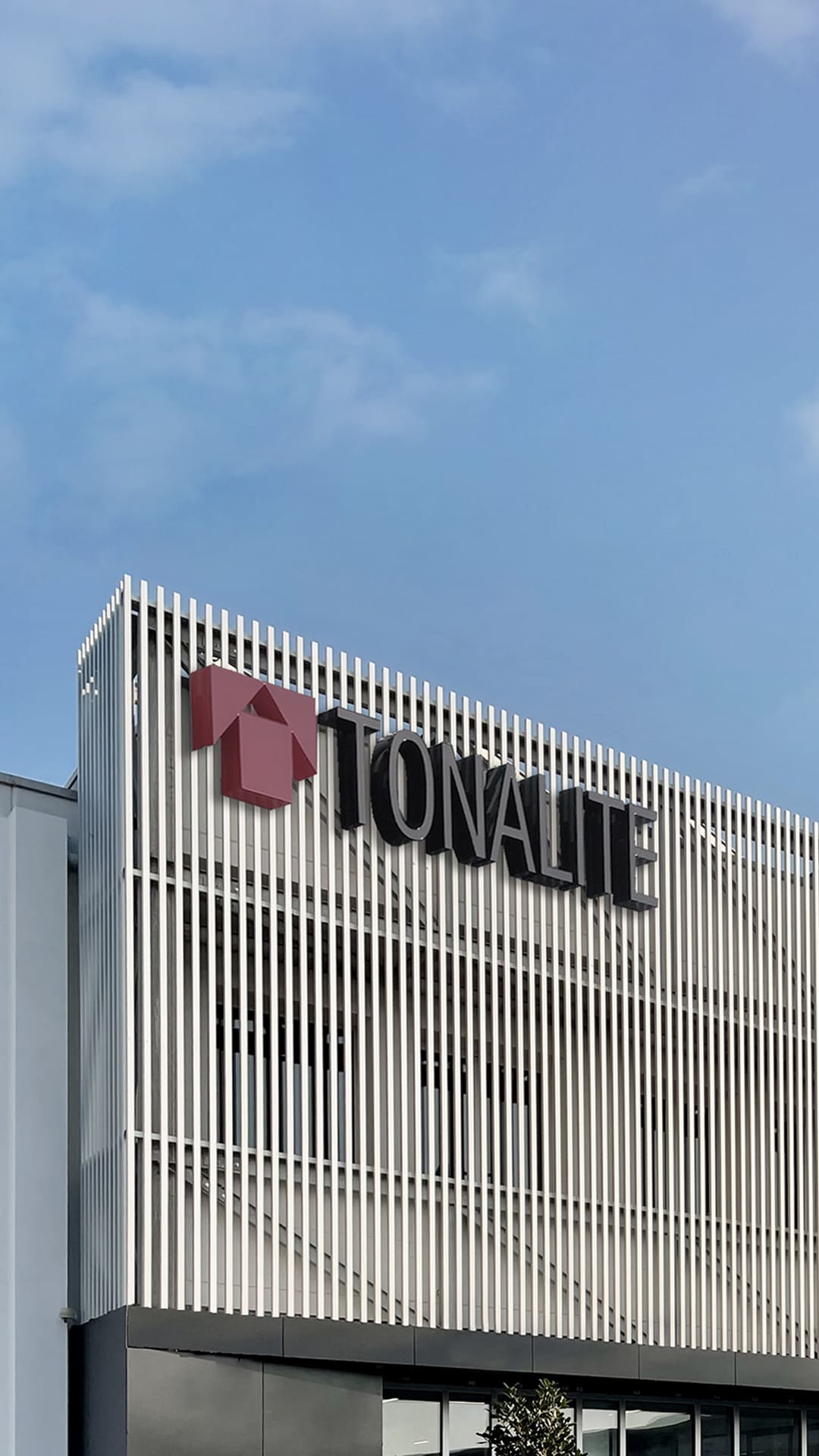 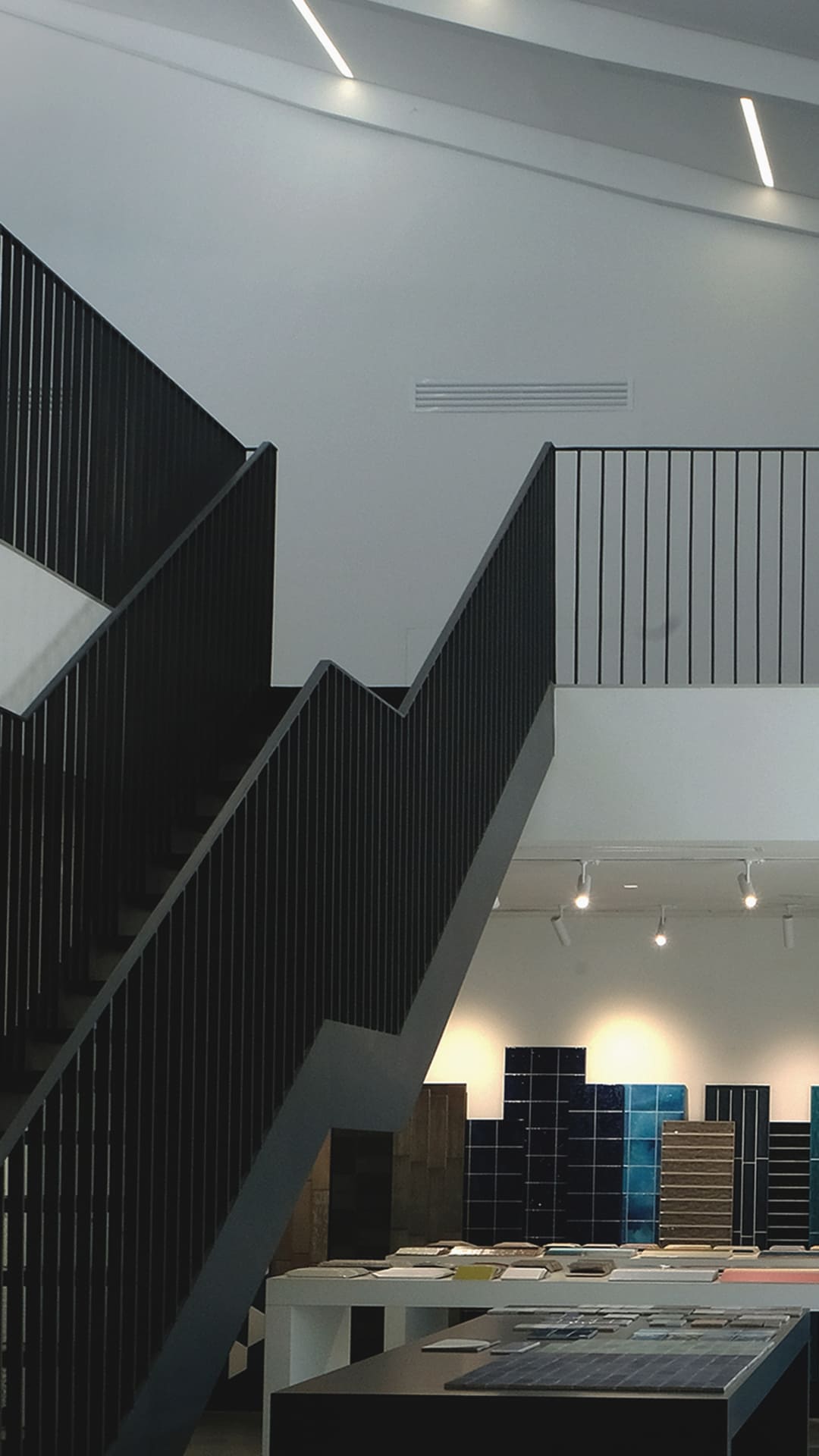 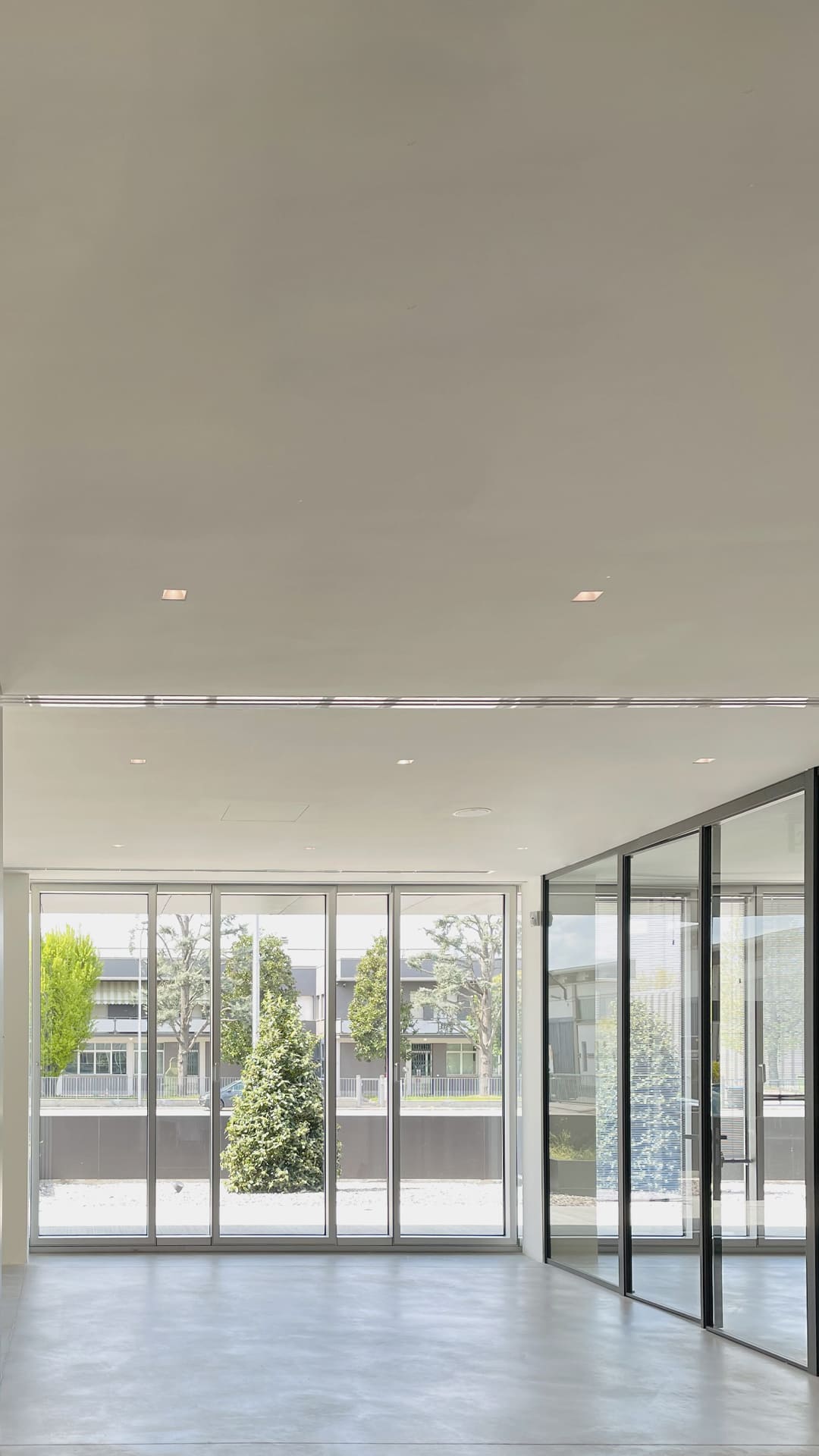 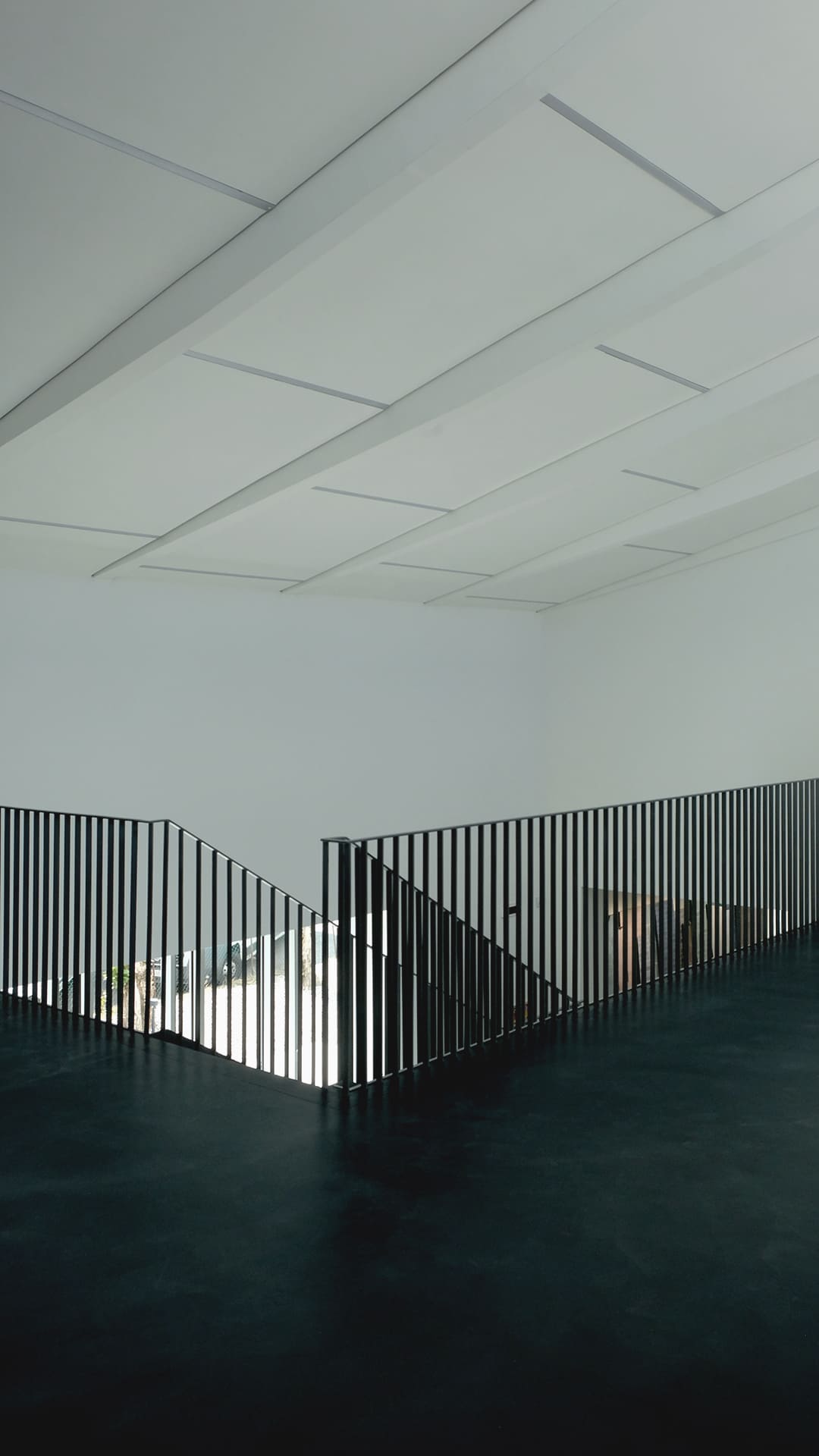 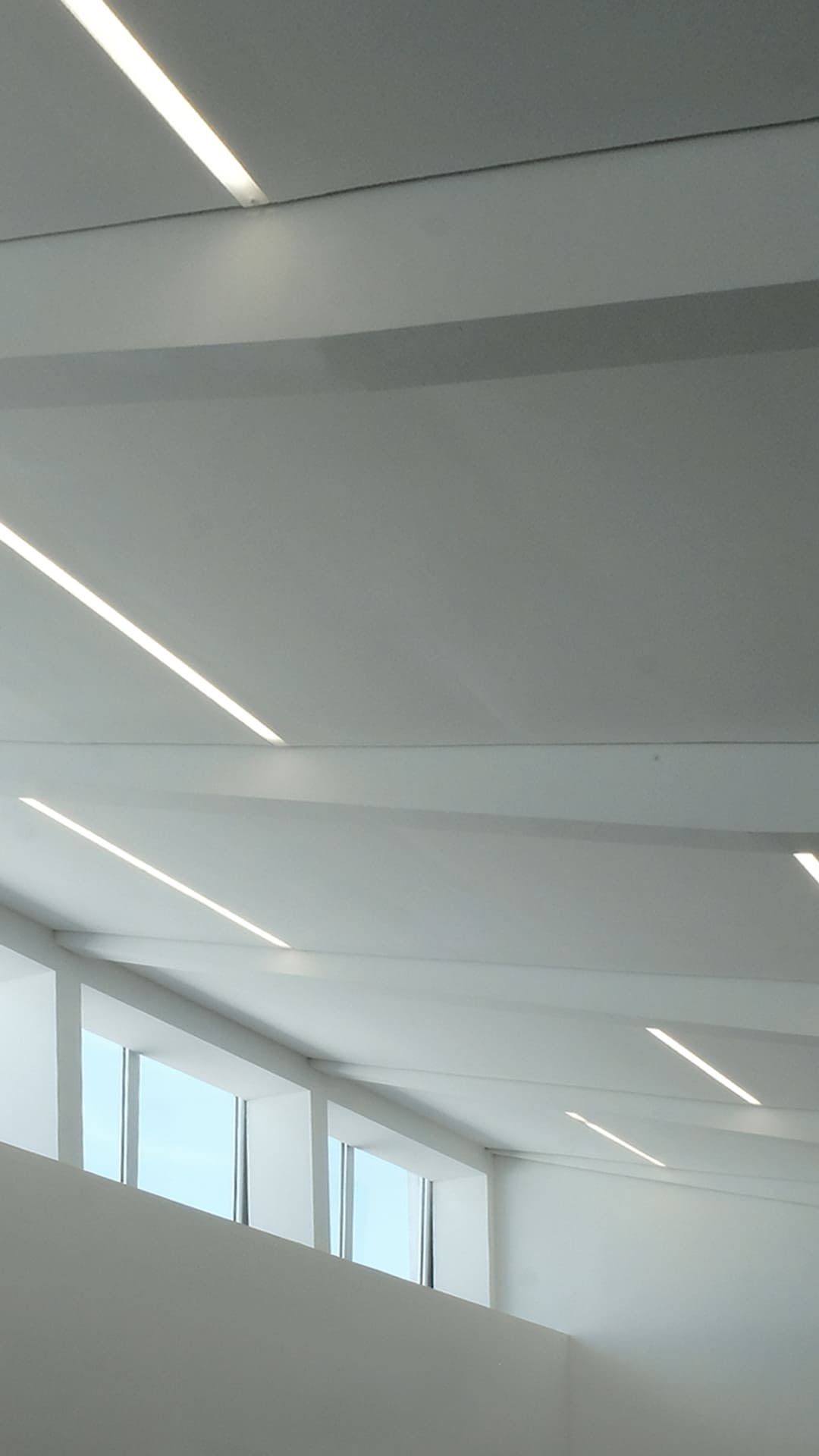 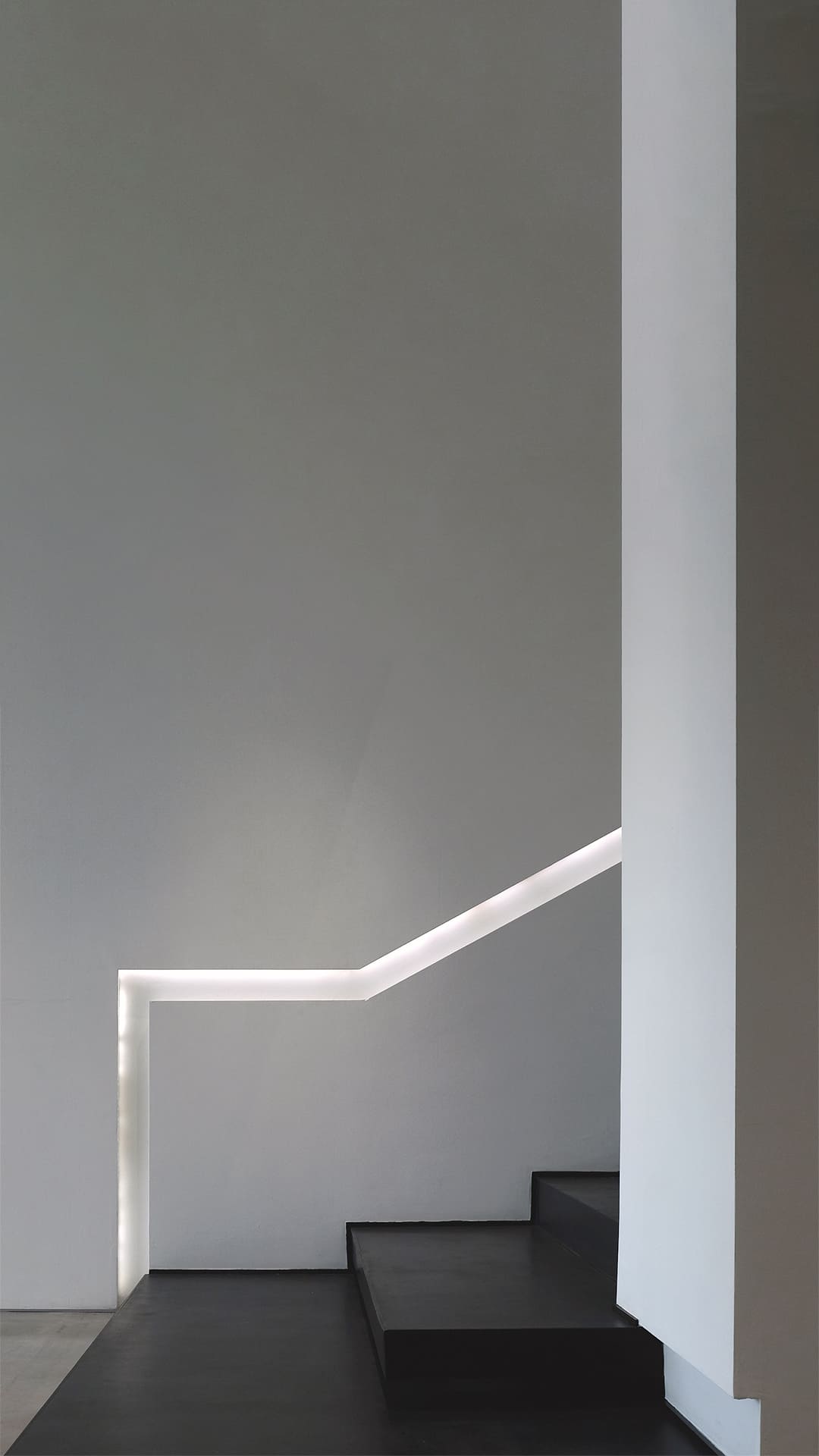 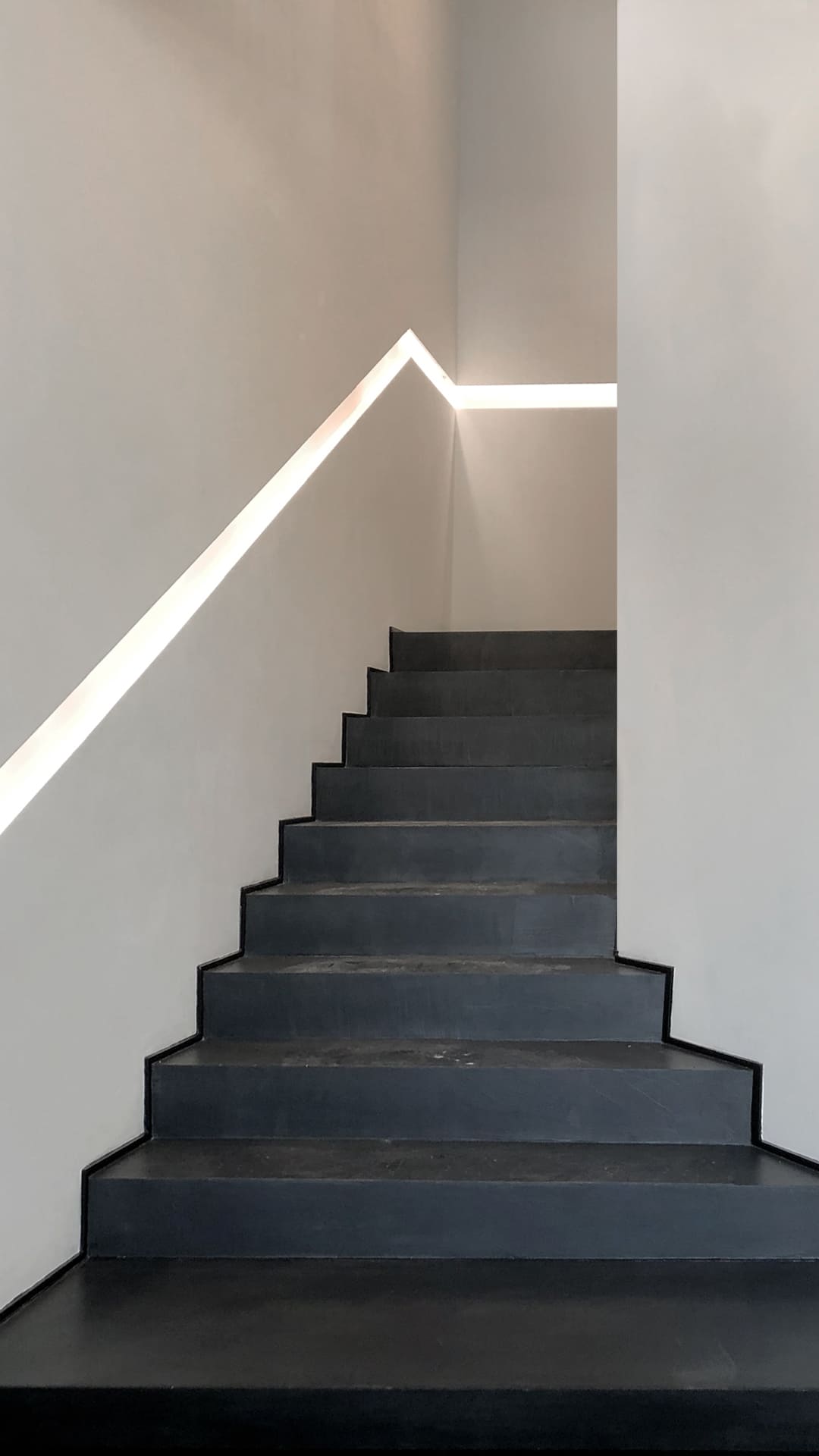 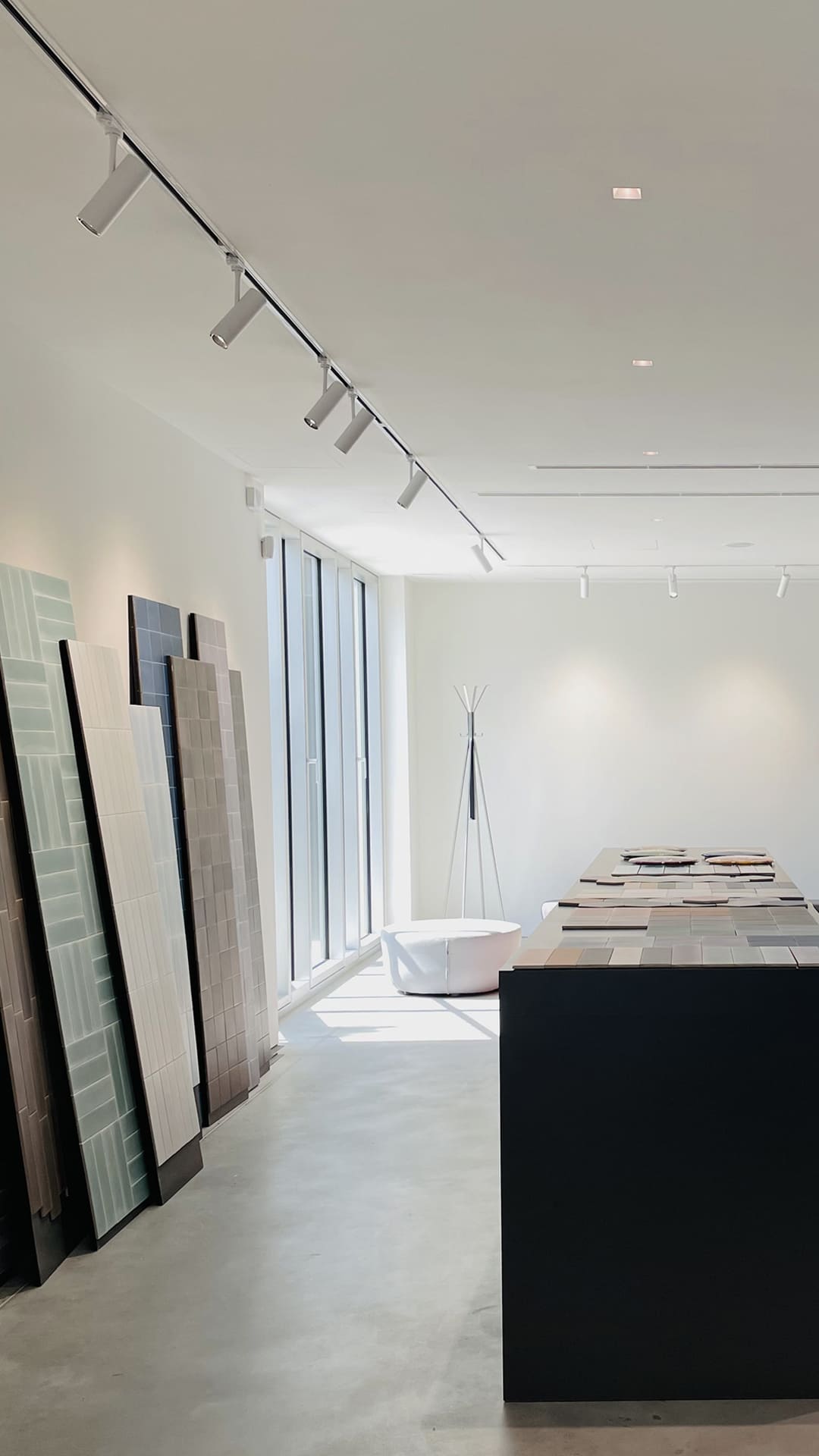 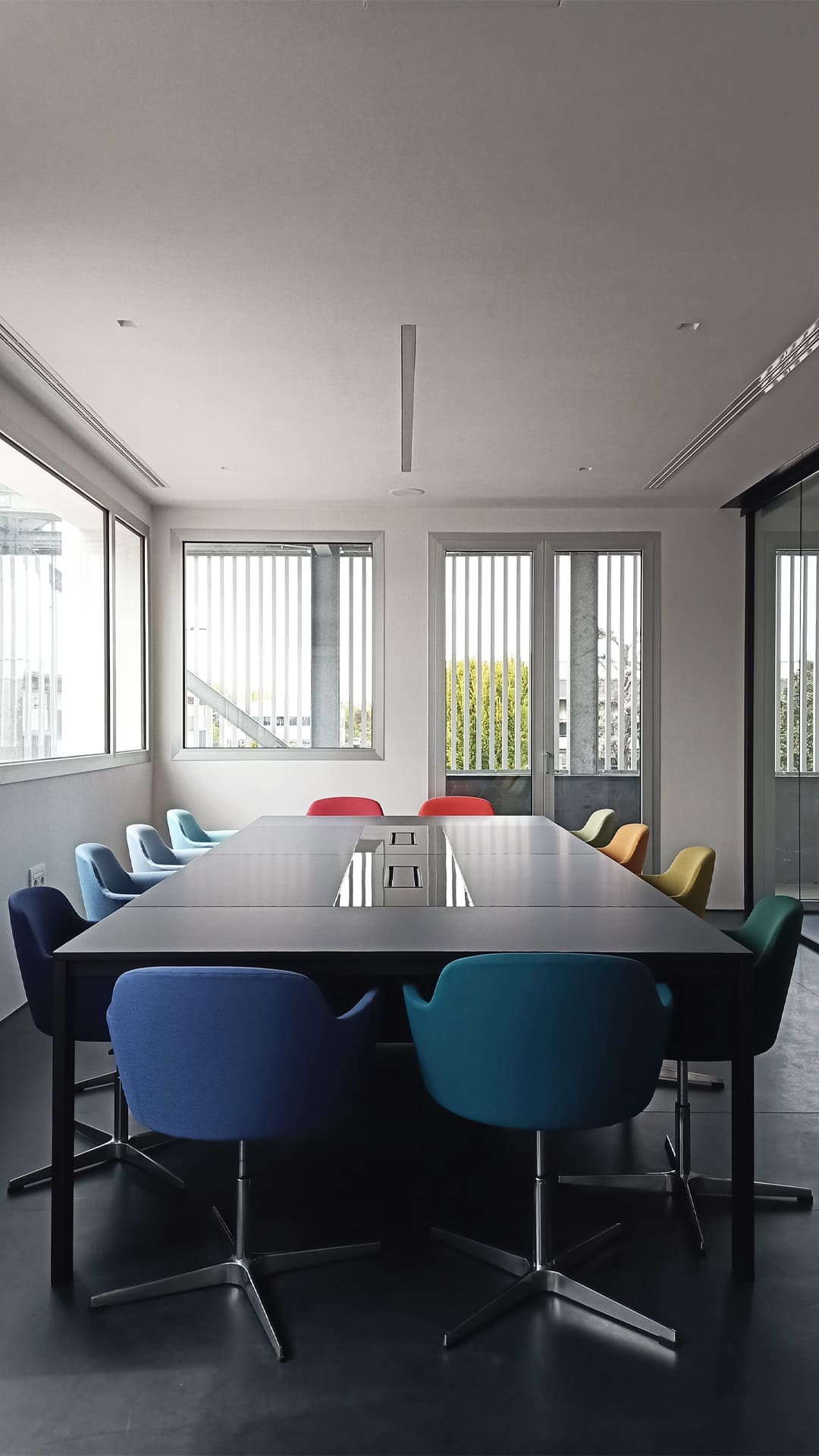 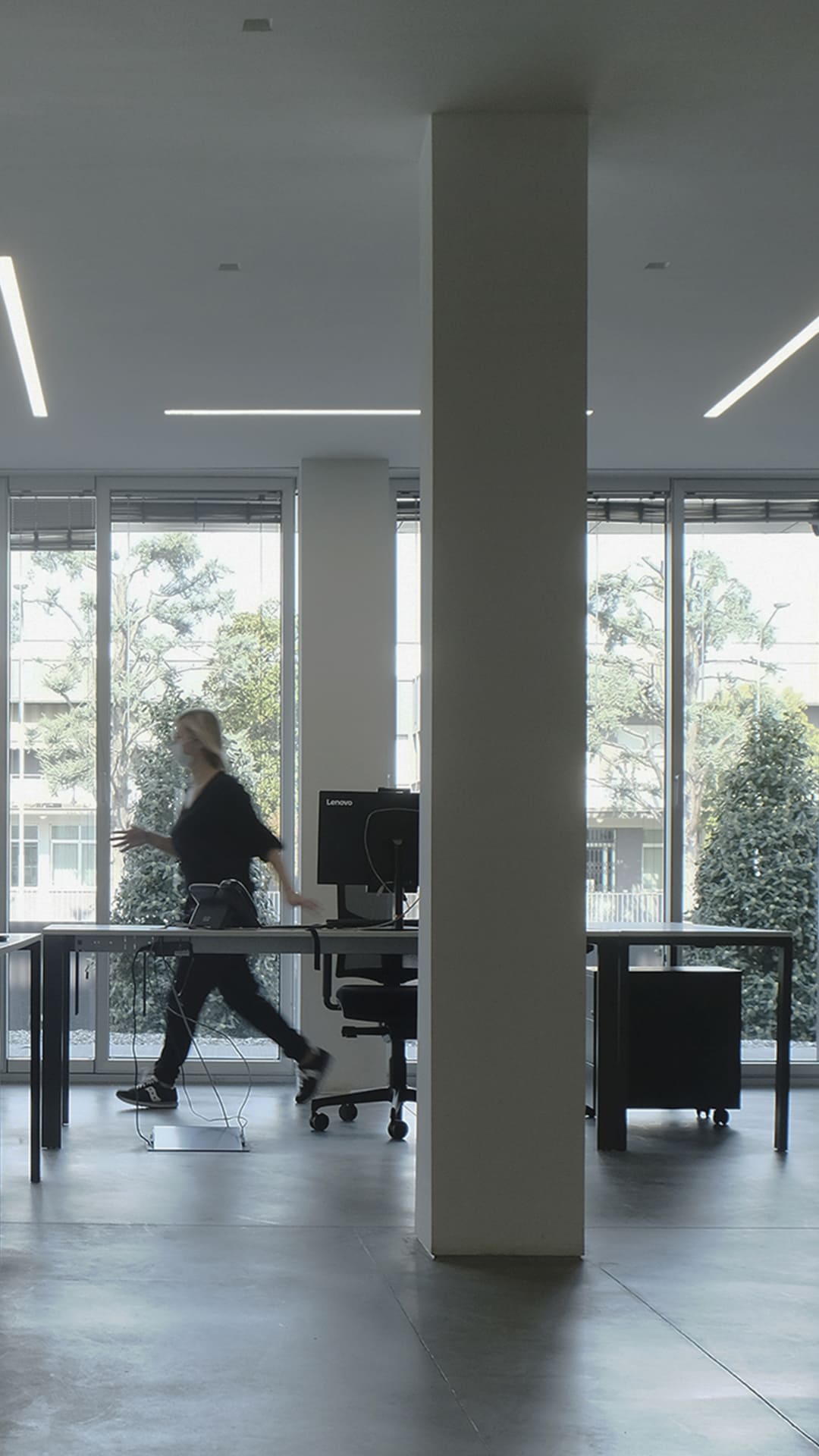 The Tonalite headquarters in Sant'Agata Bolognese were an old warehouse from the 1970s with their own offices and showroom. The intervention involved the interior layout and the main facade, starting from a typical mood of the company, which for decades has focused on the simplicity of forms with a strong Italian tradition and a multitude of colours, with a wide and tailored palette. The first approach to the design was characterised by the awareness that this container had to accommodate, in its simplicity, a flexibility of colour and - as for a museum that must accommodate and not overpower communication- simplicity of form and light colours. The steel facade refers to the industry and the total white interior, which is like a blank canvas; it accommodates the colours, amplifying the communication of the renewed spaces in the composition and the exaltation of Tonalite's products. The zenithal light further amplifies the desire to consider these spaces as a museum of typically Italian colour and creativity, especially in the world of ceramics.