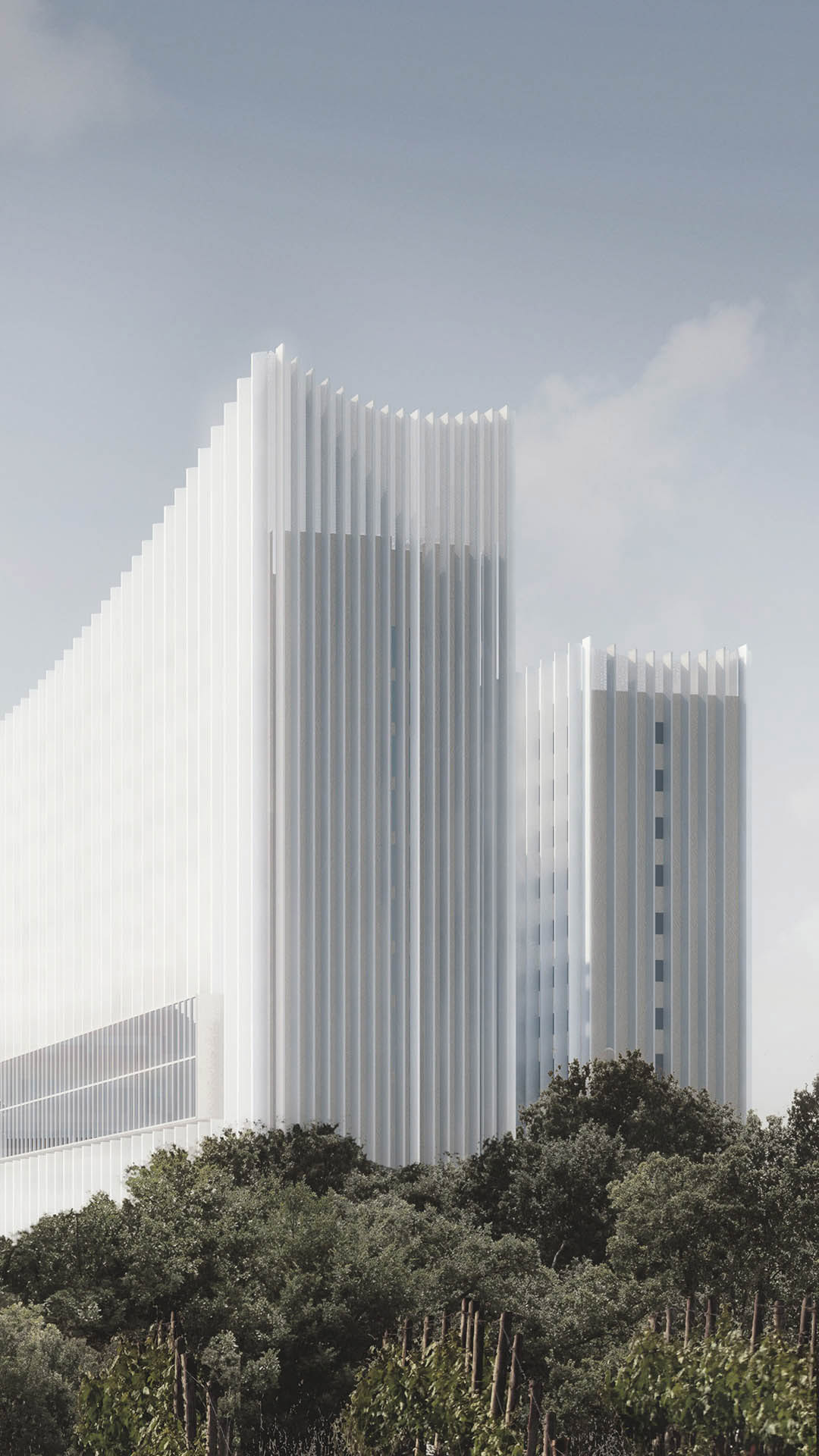 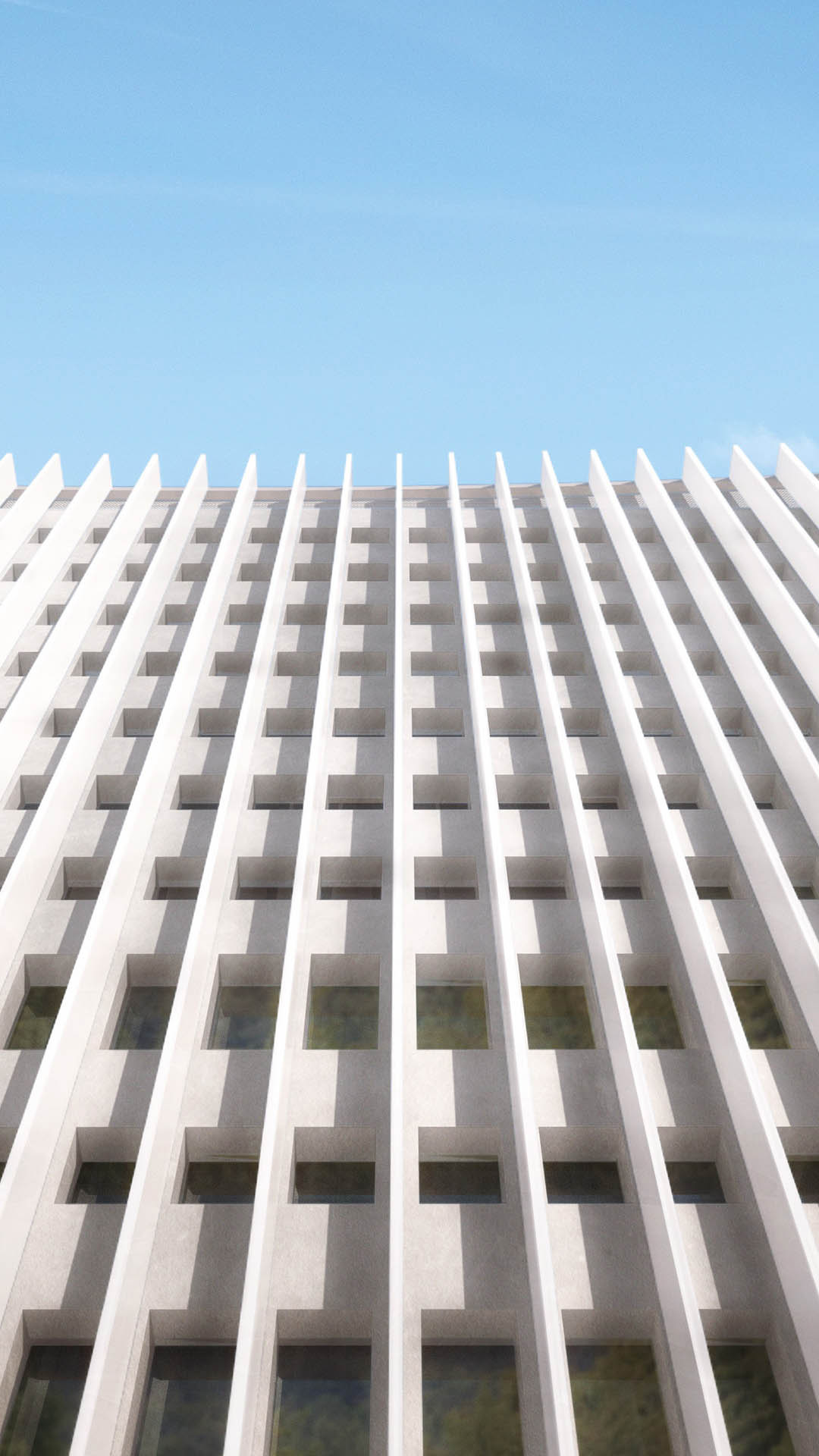 The contemporaneity of the intervention has the ability to regenerate the image of the building and to realign the hospital on aesthetic values tuned to the architectural culture of the second millennium. Being contemporary presupposes knowing how to mediate the demands of the PLACE and the aesthetic / functional needs of the hospital. The dimensional SCALARITY of the buildings of the hospital complex allows to build a system of comparison and DIALOGUE with the CONTEXT. The building covered with “SOLID SURFACE” strips builds an ethereal image which, because of the contrast of the white color with the green context, defines a TERRITORIAL DIALOGUE in which neither the facade nor the hills override one another. We thus perceive a relationship of ABSTRACTION whereby seen from below, the white building is abstracted from the context, and the surrounding hills allow to enhance the latter by imposing their territorial and cultural presence.