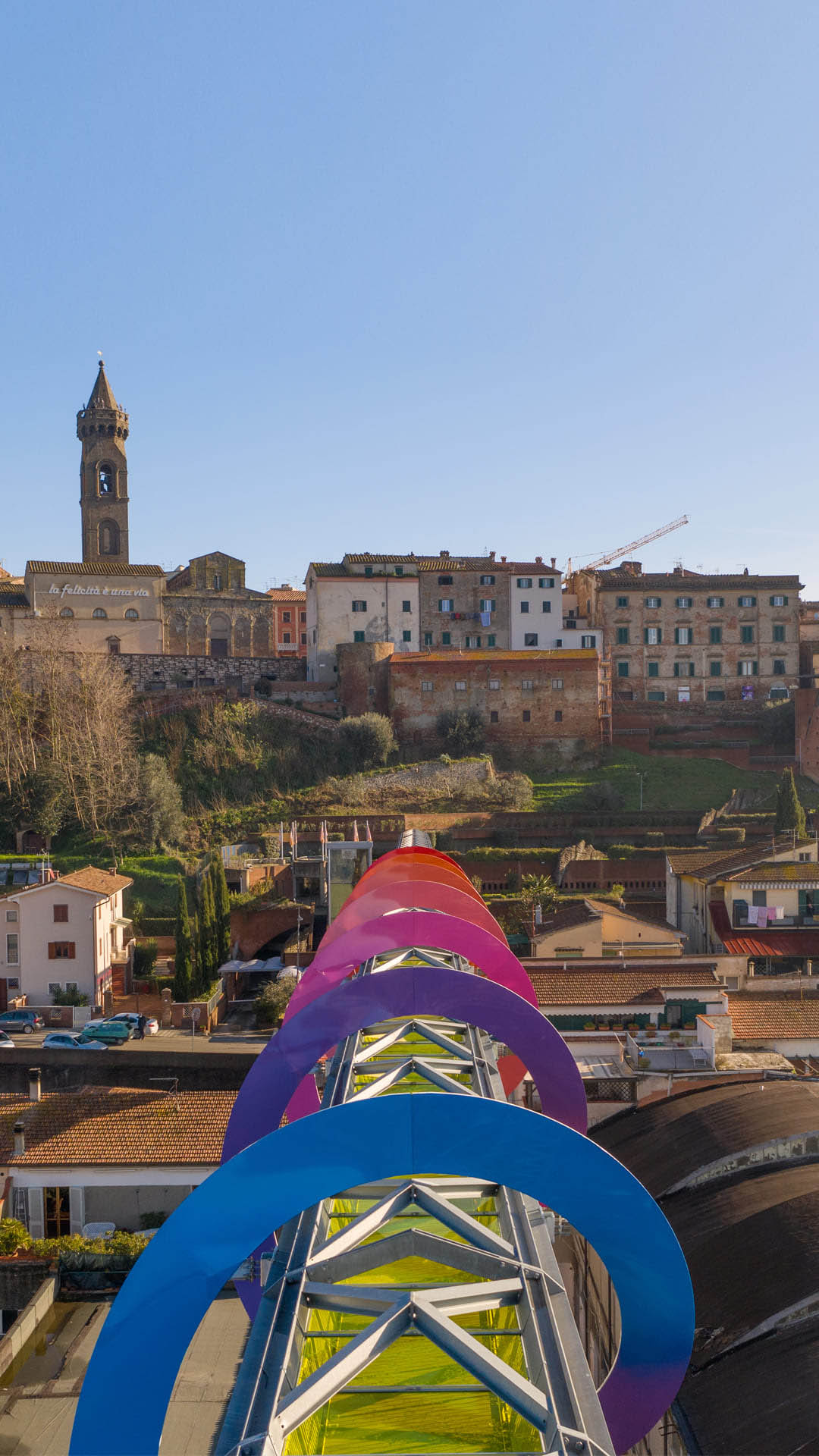 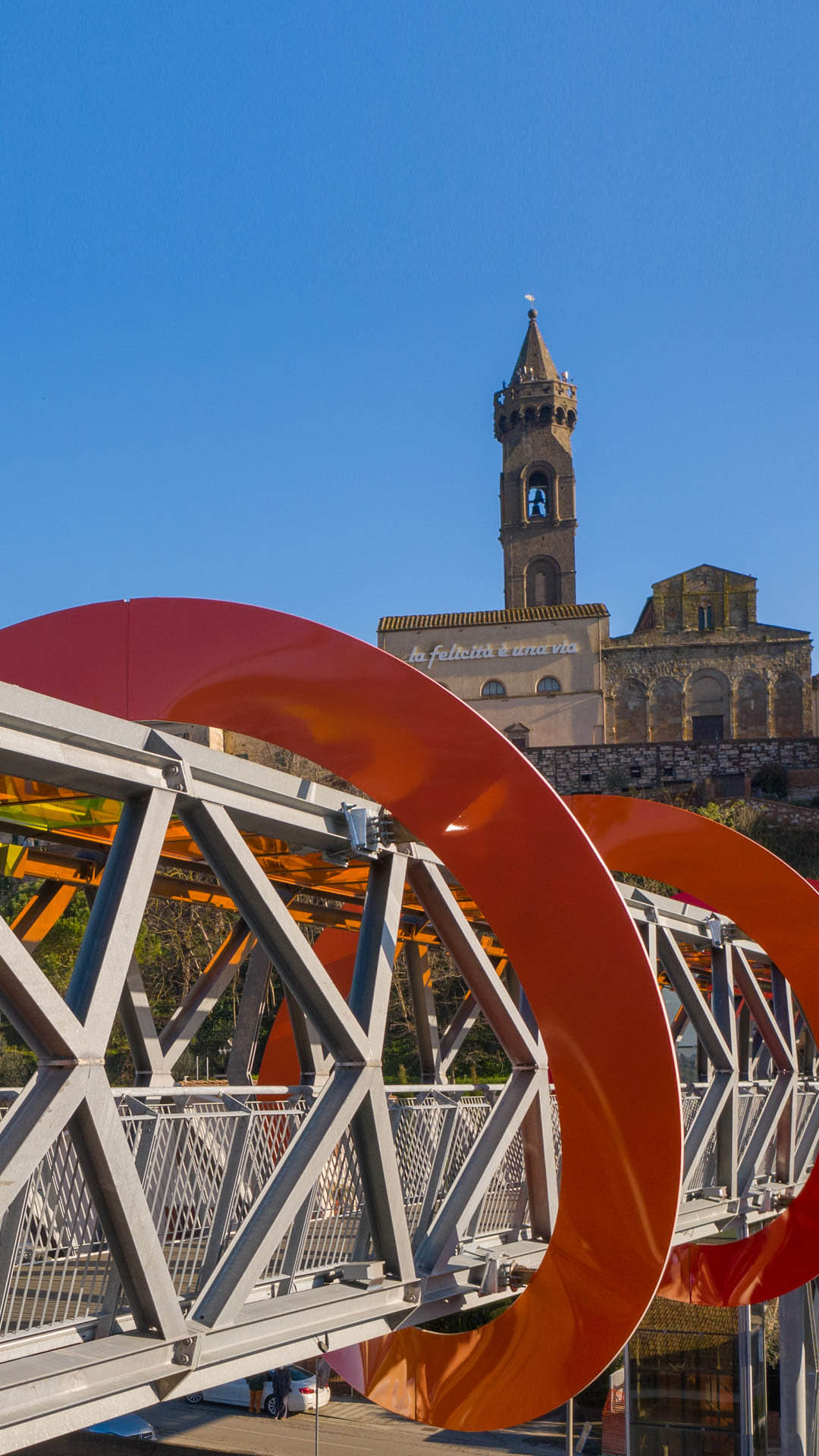 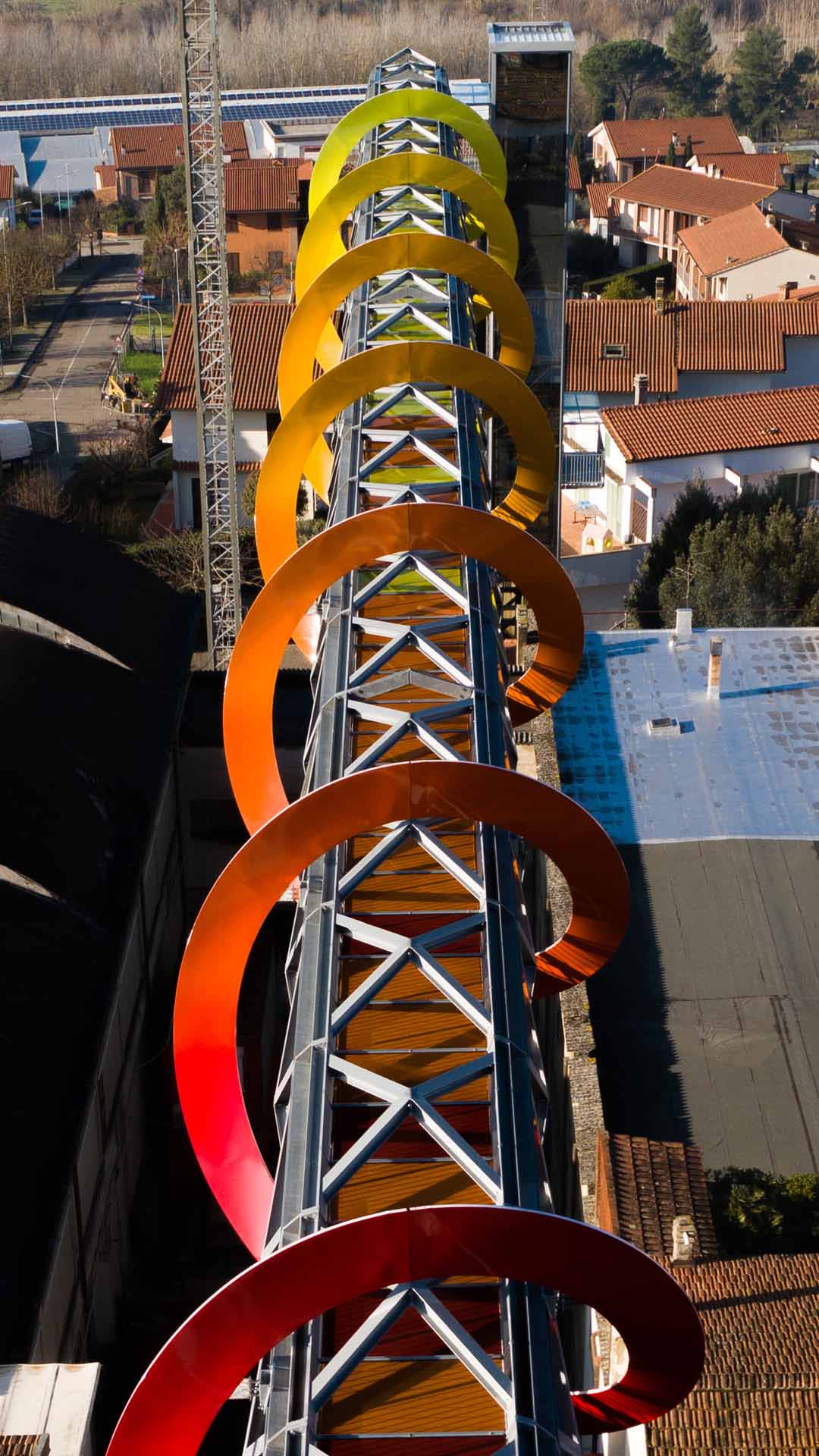 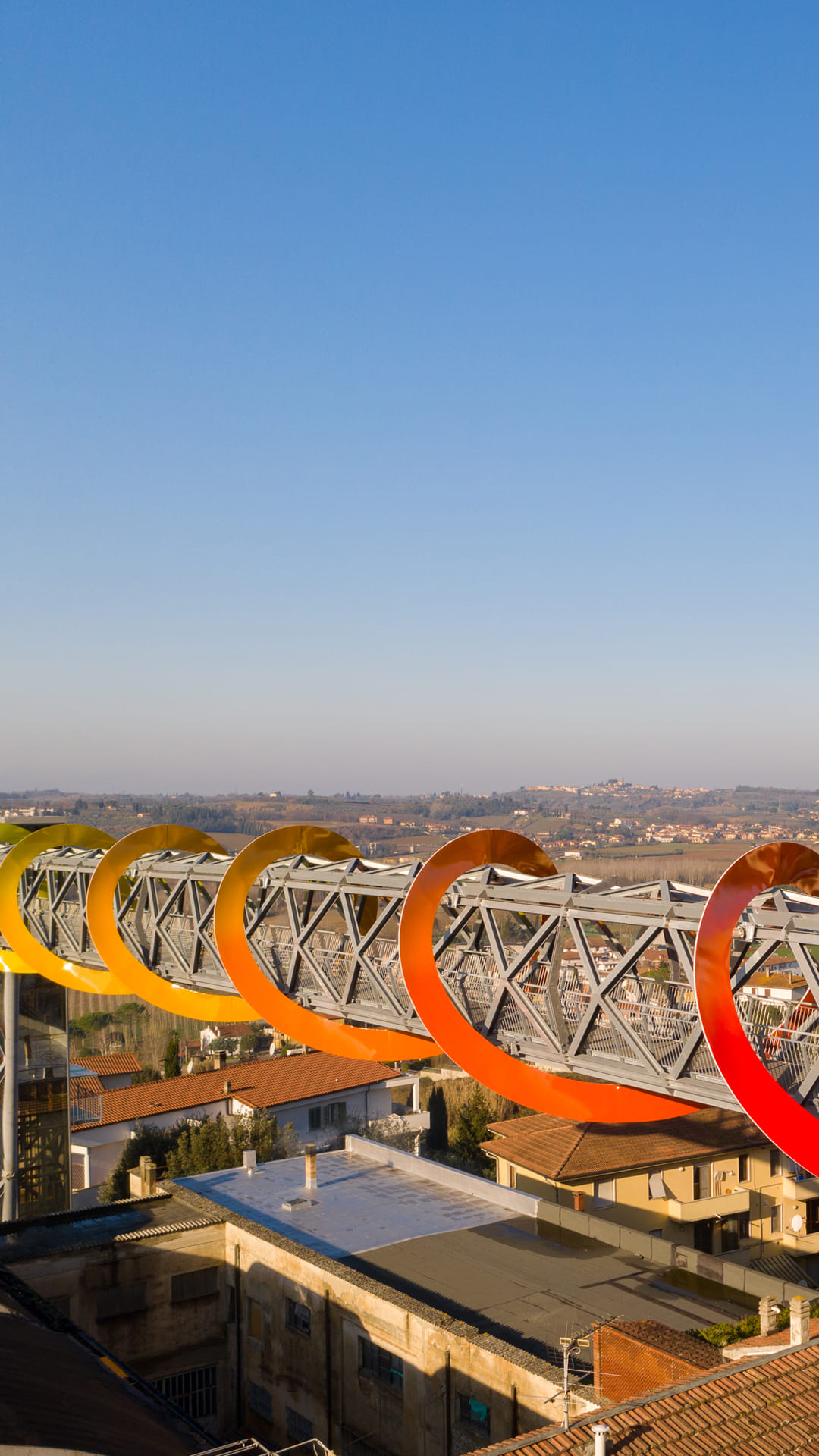 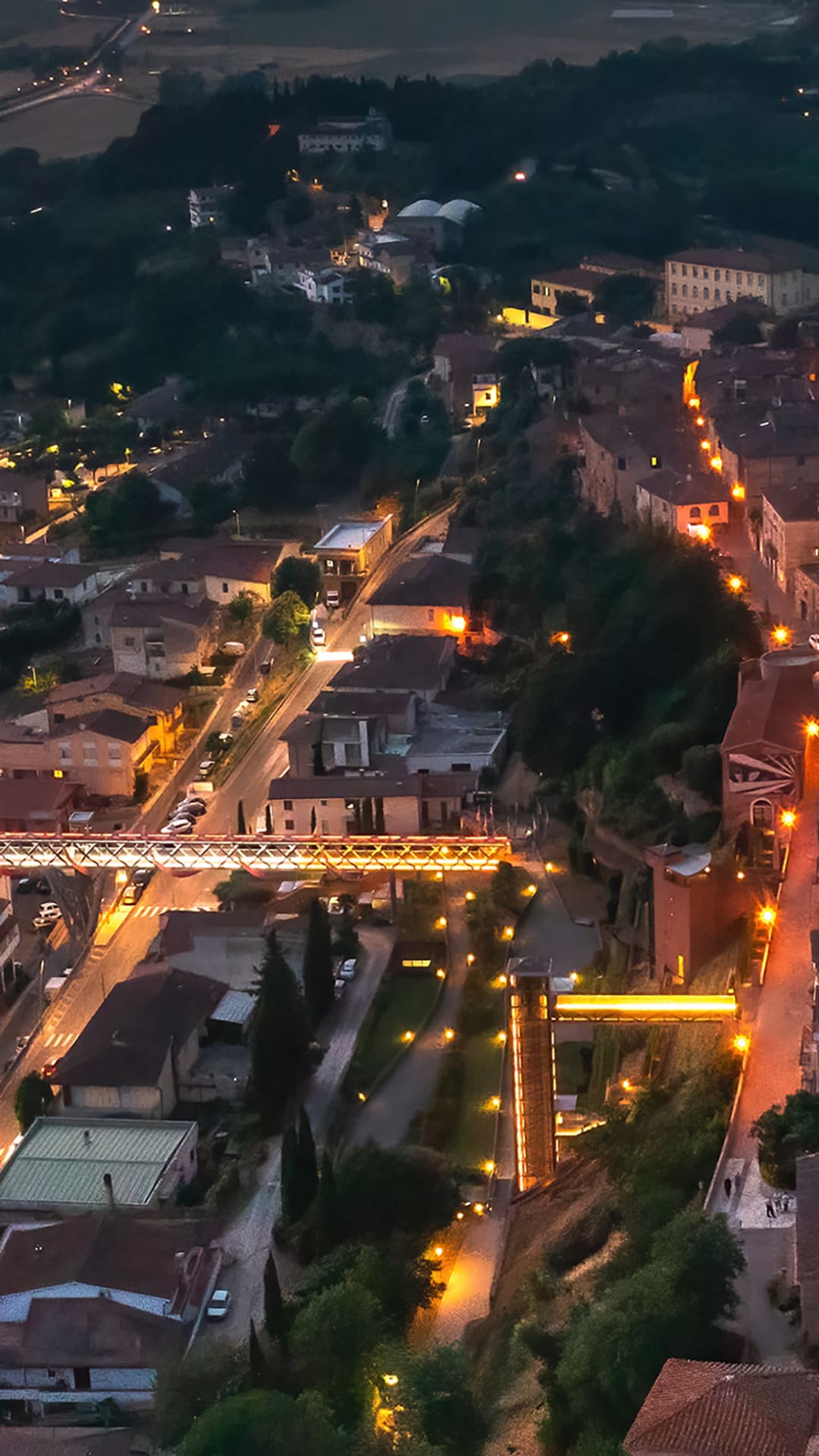 Bringing "life" back into a place means making it accessible. It is from this concept that the project for the walkway in the historic centre of Peccioli develops. A pedestrian path that can be used by all the inhabitants and by those who want to know the beauties of an historicized centre like Peccioli’s. A walkway that allows you to increase the endowment of public places. They will no longer be created as a function of the beauty of history, but absorbed by the strength of the contemporary able to relate with it - not by contrast - but in accordance with the rules and environmental compositions already established over time.

The idea of "path" is not only linked to a traditional urban structure but must be extended to pedestrian and support infrastructures - such as the parking lot - capable of enhancing and emphasising the existing system. The placement of the overhead walkway into a strategic and connecting area between the lower part of the city and the existing car park on the terrace - which is already a stop for the existing lift - characterises it as a structural element of great importance and - in addition to performing its infrastructural function of access - it becomes a unique panoramic viewpoint due to its height and the orientation of the view towards the panorama surrounding the city.