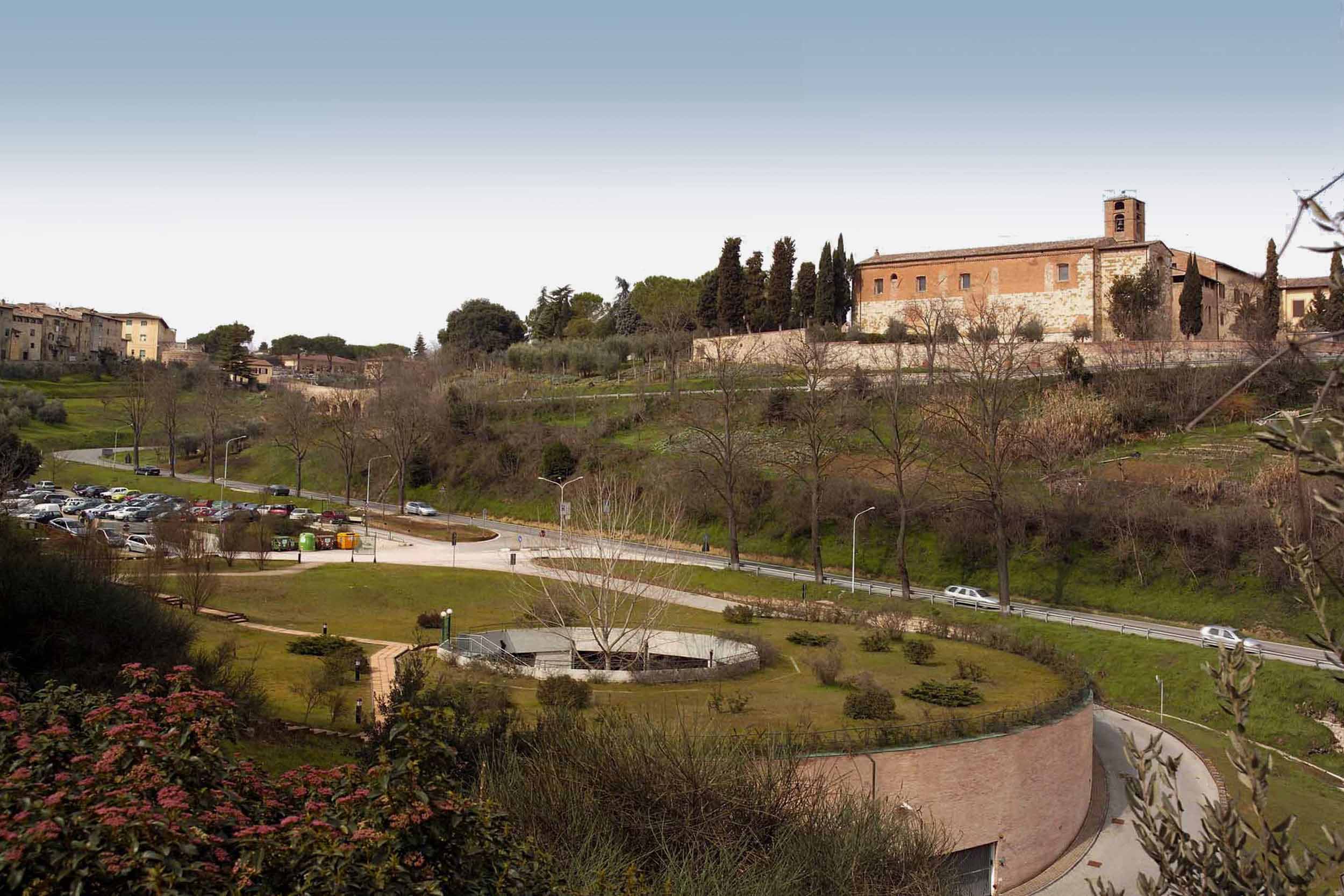 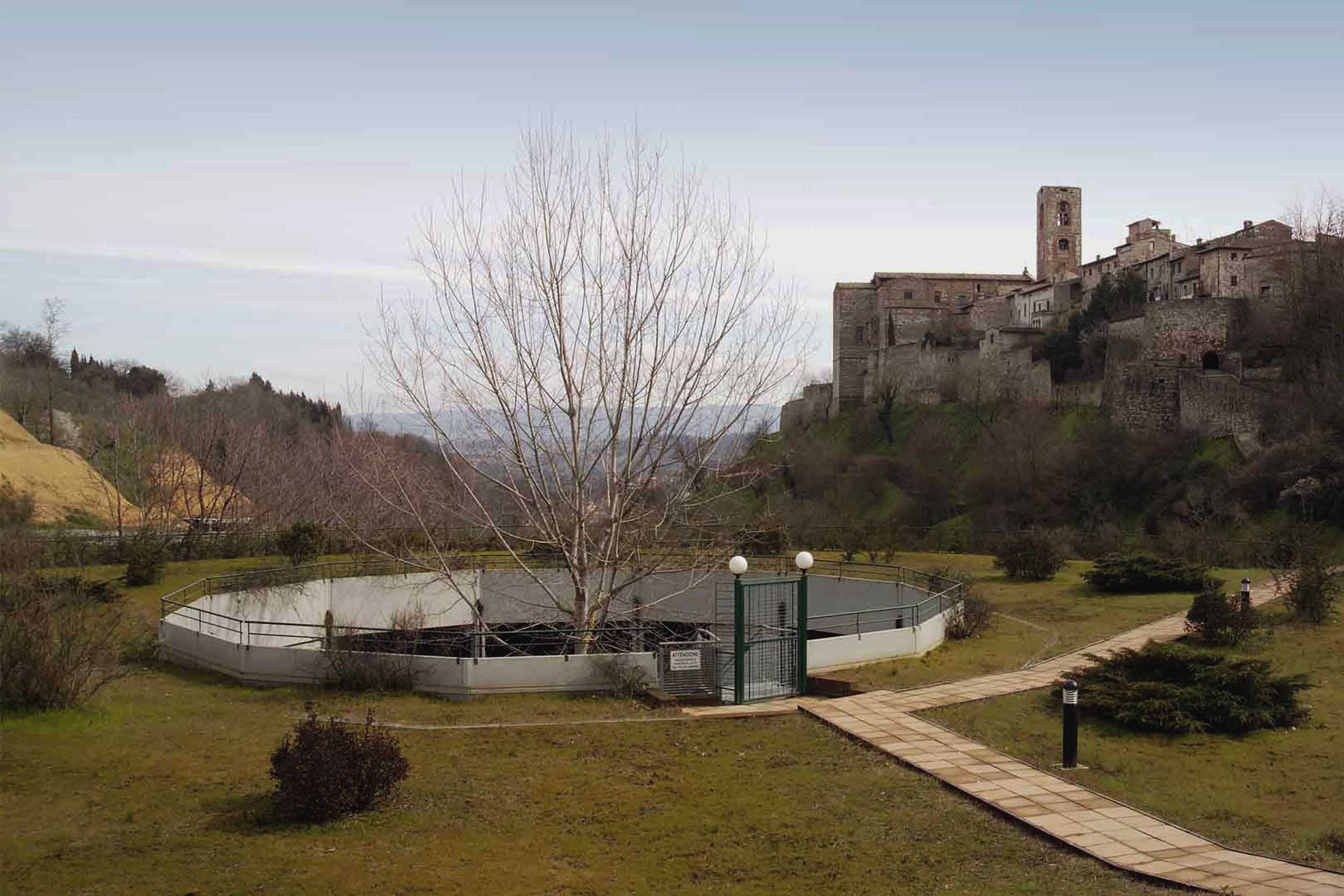 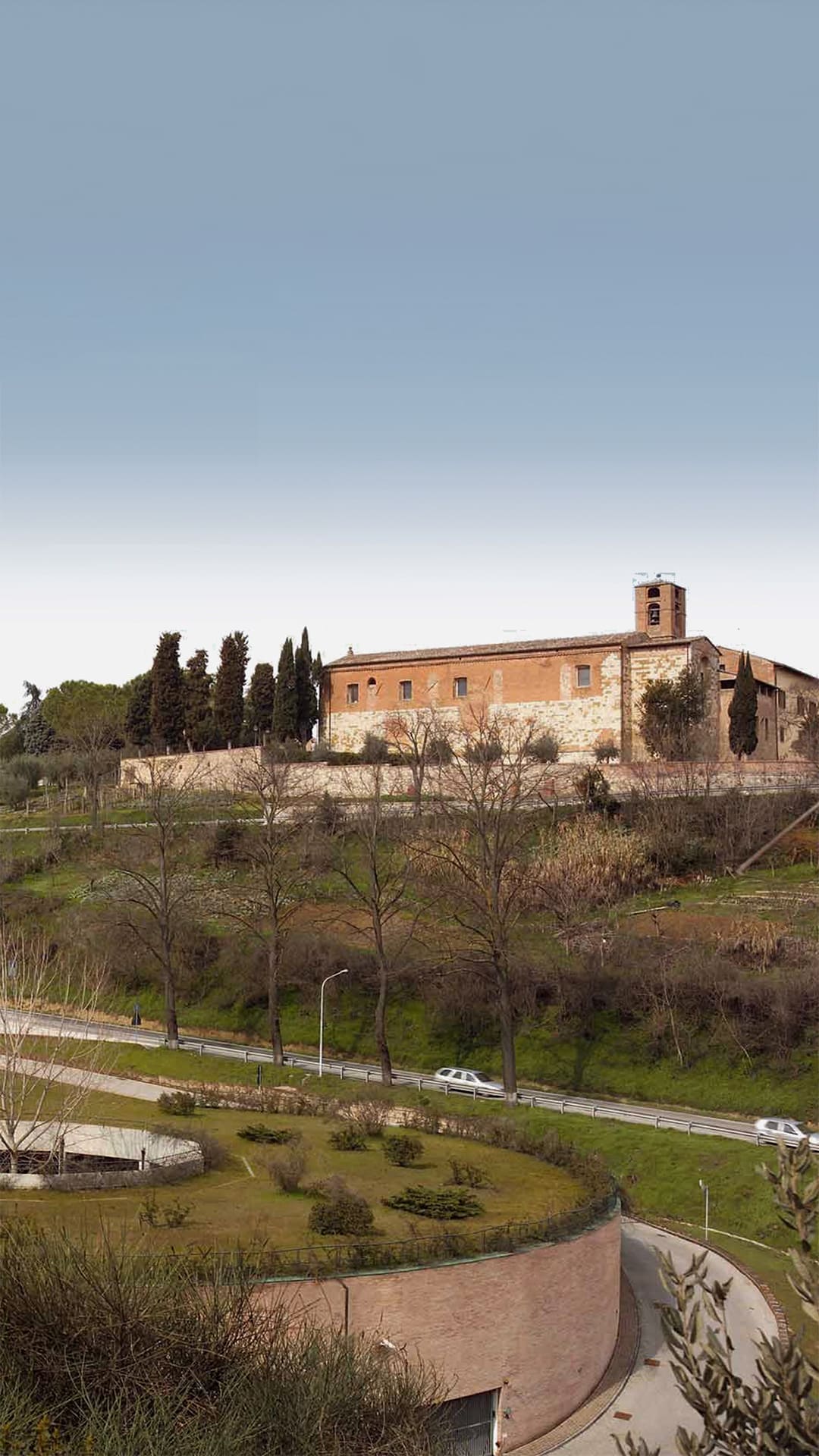 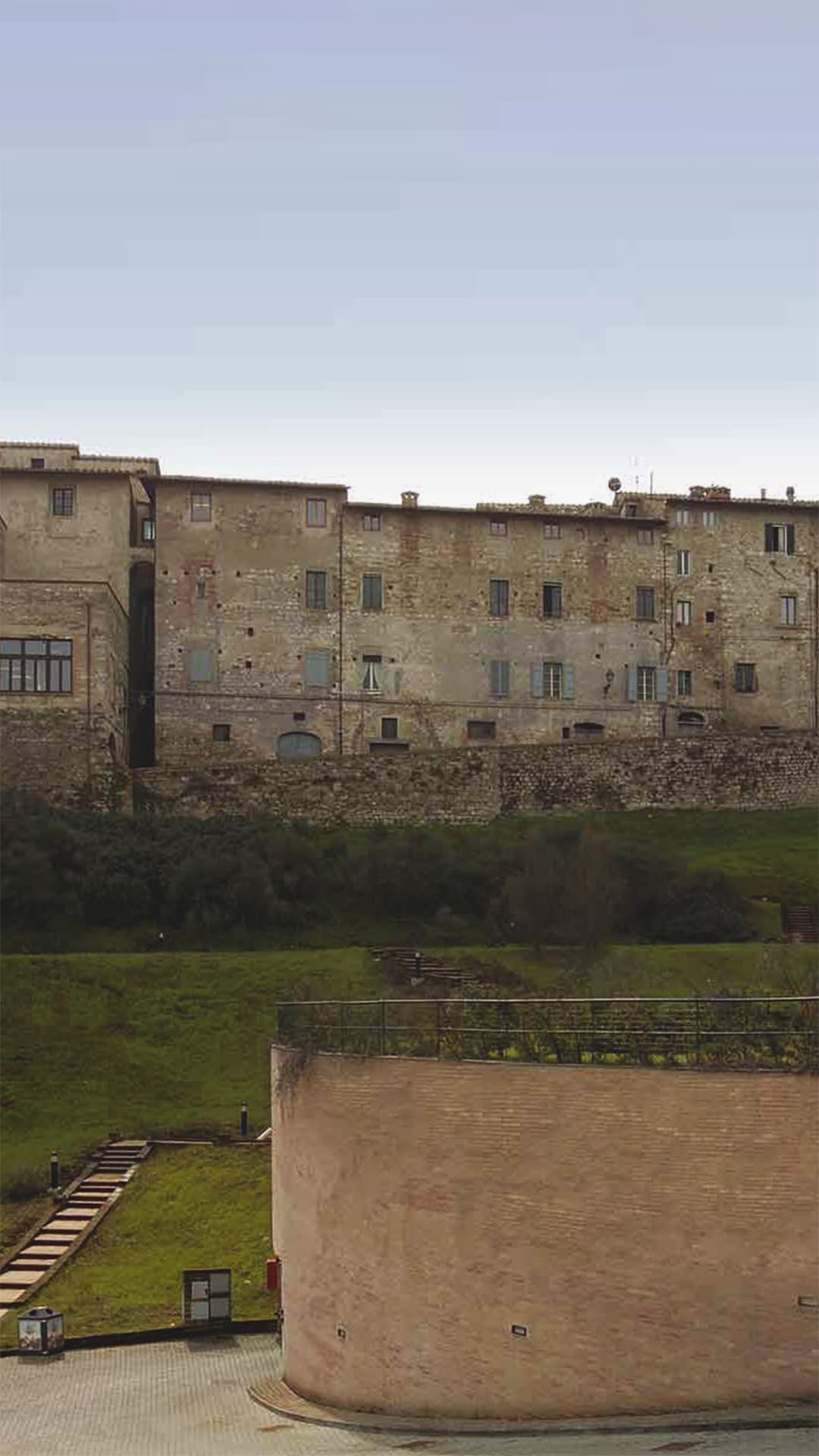 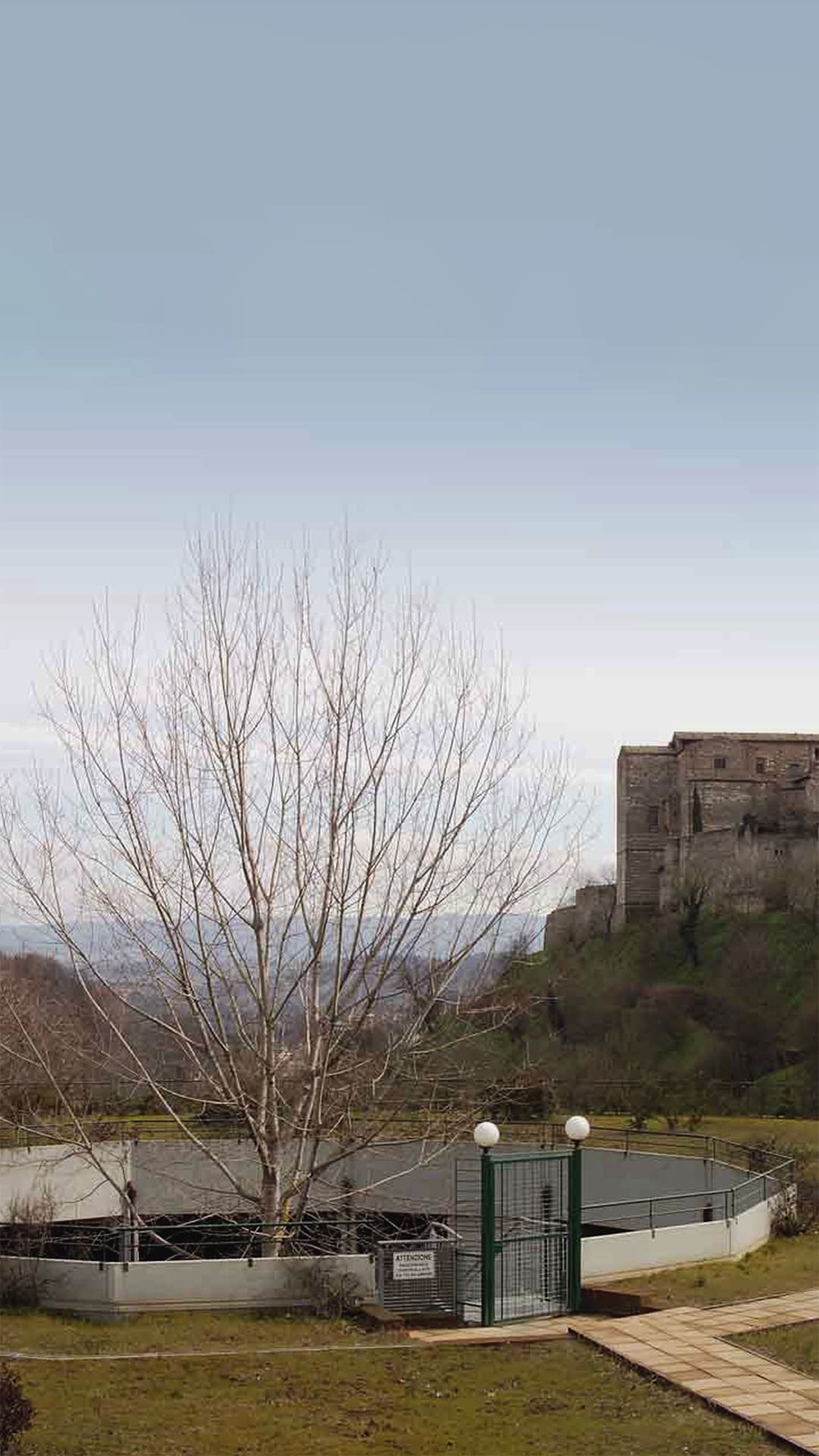 The design of the Colle Val D'elsa car park is a real exercise of imagination. The car park function displaces the circular shape of the Torrione di Colle Alta; the obelisk above is transformed into a tree, and the vegetation covering it becomes lawn. The obelisk above it is transformed into a tree, and the vegetation covering it becomes turf. The front of the hill has its back to the context; the choice was not to hide the car park but to raise it as an architectural feature, defining a new part of the city. This is the expedient of the architectural citation of the bastion, whose form and function make it a recognisable element of this part of Colle. The "exchange" between the obelisk and the tree itself implies a technical and functional search for natural ventilation capable of making parking pleasant and considerably reducing the costs of forced ventilation systems. The Old Town's "rejection" of what is foreign was a valuable piece of information; the built volume is invisible to the observer from the historic centre. The soft shape of the car park emerges from the ground only in a portion of the valley floor, through a familiar brick curtain wall.